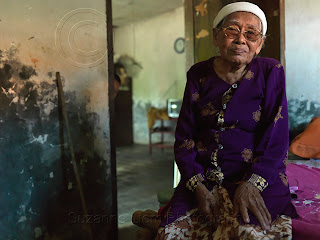 June 23rd 2011 will be the first United Nations International Widows' day!
Mr Loomba of the Loomba Foundation, has been striving for this day a long time. Now he succeeded, the many widows in need around the world will get attention for their sometimes deplorable plight. http://www.un.org/en/events/widowsday/

This is Mrs Wanti binti Sariman, she is one of 'the widows of Rawagede'. She came to The Netherlands this week to attend the trial of 'the widows of Rawagede' against the Government of The Netherlands. She is one of the last living eyewitnesses of the Massacre of Rawagede in 1947. The Dutch armee killed her husband and many other men of her village. The Dutch Government states the case statute barred, so the widows have no right to compensation. September 14th 2011 the court will state her decision.
Geplaatst door Suzanne Liem, WidowsWorldWide op Wednesday, June 22, 2011 1 comment: