The widows of Rawagede will be compensated by the Dutch Government, as is stated by the Dutch court of Law in The Hague today. It is an unexpected verdict, and I think a very emotional one for the plaintiffs.

The book below (trial version and not yet for sale) is my documentary report on the widows of Rawagede. I vistited them in July of 2010. The book not only contains their portraits, but also their stories in their own words.

Today the daily Dutch newspaper Trouw again published an article on the widows of Rawagede with one of my portraits. 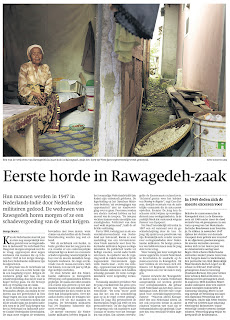 Judgement in the case of the widows of Rawagede tomorrow 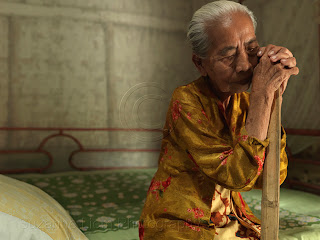 Tomorrow, September the 14th, the judge in The Hague will give a judgement in the case of the widows of Rawagede v.s. the Dutch Government.

In 1947 the husbands of the widows were killed by Dutch soldiers in their village of Rawagede in Indonesia. Eight widows and the only male survivor of the massacre sued the Dutch government in December 2008. In May 2010 the Dutch government pleaded guilty. Nevertheless the Dutch government states the case statute barred, so plaintiffs have no right to compensation. Tomorrow the judges give their judgement.
Geplaatst door Suzanne Liem, WidowsWorldWide op Tuesday, September 13, 2011 No comments: